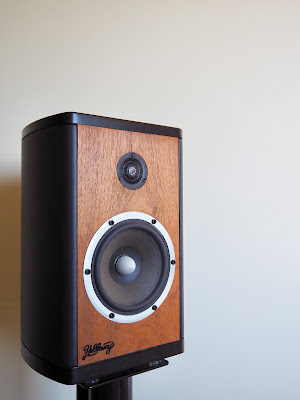 Don’t be ashamed if you haven’t come across the little startup Holloway Sound, you would be amongst the 99% of the population who haven’t.

Holloway Sound is the work of Founder and Designer, Leighton Holloway.

Based in Sydney, Leighton has spent the past ten or so years refining his speaker designs and several years ago, began to look at speaker design and manufacturing as more than just a hobby, but a potential business opportunity.

Personally, I have known Leighton for much of that time. We worked together briefly, and as I recall, it was around that time he was building his first pair of speakers for his own, personal use.

A number of years back, I got to spend some time with his original Carmen speaker design (this review pair are the third revision) and while the overall styling has remained similar, the current Carmen speakers utilise a higher grade tweeter, a rear firing reflex port, an improved crossover as well as having impedance equalization circuits added to both drivers.

Taking advantage of the social media platform, Holloway Sound has attracted nigh on 1500 followers on Instagram, more than many other more established brands.

Holloway uses the medium to show not only his finished products, but products in the stages of the manufacturing process, helping to bring a more transparent and down to Earth element to his operation.

The Carmen’s are quite a large standmount speaker, measuring in at just over 40cm tall, 26cm wide and 30cm deep.

They use a 1” Scan Speak Illuminator tweeter combined with a 6.5” Peerless HDS Mid-Bass driver mounted on an 18mm front baffle. 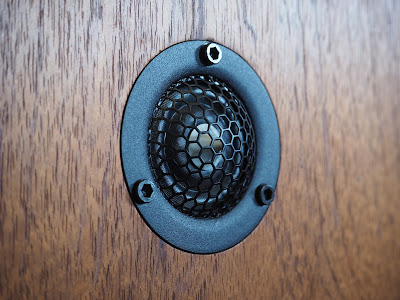 The nicely curved sides, along with being beneficial in helping reduce internal reflections, are bound in beautiful Italian leather which is available in a variety of colours to suit your decor.

Forget trying to find any PCBs here, Holloway hand makes his crossovers and fits them to timber.

With the Carmen’s, Holloway is targeting a $3K price point.

Leighton hand delivered the Carmen’s to me on a road trip from Sydney to Melbourne.

In this instance, they were packaged in a custom built flight case, but would typically be supplied in a box.

Setup was a breeze, I really didn’t have to toy much with positioning other than putting them in place of my regular ELAC BS403 speakers.

In my listening room, I run a near-field listening setup with an aggressive toe-in, not unlike what you would see in a demo from Ken Ishiwata of Marantz.

I fired up Audirvana Plus on my MacBook Pro, turned on my Vincent SV-237 and away I went...

That was the first thing I noticed when listening to the Carmen speakers. The mid-range presence was fantastic, I could see them suiting anyone looking for some sultry, well detailed vocals.

The sheer size of the soundstage was very impressive too, it imaged far and wide.

My initial listening was with some of my usual haunts, the likes of Bob Dylan’s ‘Man in the Long Black Coat’, Noah Gundersen’s ‘Day Is Gone’ and I pulled out a recent favourite from Dirty Projectors, ‘Keep Your Name’. 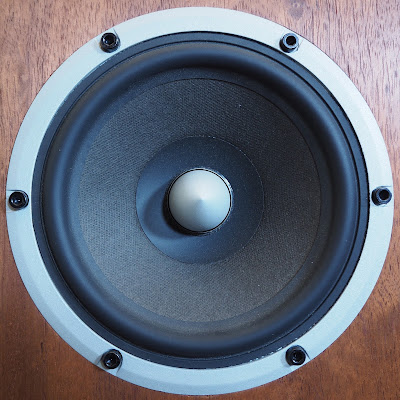 The harmonica in the intro of the Dylan track had stunning presence.

On a good system, it disappears into the room, and it was certainly no different here. The Carmen’s delivered it with just the right amount of bite without sounding harsh.

Gundersen’s vocal shone through in ‘Day is Gone’.

The song itself is already an intimate affair, yet through the Carmen’s, Gundersen was in my listening room.

‘Keep Your Name’ however showed me the limitations of the Carmen’s.

Whilst they had stunning mid-range and well balanced high frequencies, they didn’t quite dig as deep in the low frequency as my ELAC’s.

That isn’t to say they didn’t have weight there, they just didn’t have quite as much as one might expect of a standmount speaker of this size. It's not surprising however, given the long throw woofer ELAC have integrated into the 403's.

I would describe the Carmen's overall sound as ‘honest’, ala studio monitor.

I’ve always had a fondness for Lana Del Rey, I flogged her first album to death, over and over and while I paid attention to her releases since, none of them have struck me quite as much as her latest, ‘Lust for Life’.

Through the Carmen’s, the title track (featuring The Weeknd) portrayed an atmospheric ambience, with Del Rey’s vocal bouncing back and forth with The Weeknd’s, the two clearly always defined within their own realm.

Everything I had thrown at the Carmen’s thus far sounded good, but what could I try in order to further identify any weaknesses?

I love them. For those that don’t know them, they had a hit locally with ‘Island in the Sun’ many years back, but they are so much more than that one track.

Heading way back to their original ‘Blue Album’ release, I played a FLAC of ‘Buddy Holly’.

The Carmen’s did an admirable job of bringing this (now) classic to life. Similar to ‘Keep Your Name’ though, I wasn’t getting the sensation of thumping in my chest.

I would suggest any bass heads reading pair the Carmen’s with a decent subwoofer to help flesh out the lower octaves, the likes of a REL or Sumiko would likely play nicely.

In the wake of Tom Petty’s unfortunate passing, I decided to play my FLAC of his Greatest Hits.

It’s weird because in a lot of ways, listening through the Carmen’s I felt as though I was hearing a lot of these tracks again for the first time.

Little subtleties I’d never picked up on before suddenly made way into my listening room. 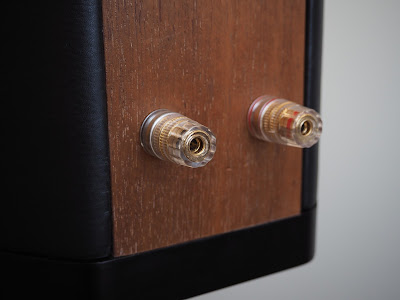 On ‘Breakdown’ for example, there is a little whisper at the end of the first verse coming from the wide left. I’m talking a very hard pan.

I’ve never heard it with as much presence before, or at least the Carmen’s had me take more notice of it, so much so I skipped back and listened to the track a second time just to remind myself what I had heard.

On ‘Won’t Back Down’, I heard clear definition in the drums, hats coming from the left and the reverb of the snare echoing from the right channel.

The Carmen’s painted a hugely wide stereo image too, the front half of my listening room felt covered wall to wall in sound.

Given they retail for the same money, my ELAC BS 403s make for a good price point comparison.

One thing I can say about the Carmen’s is that the mid-range quality was sublime, with a degree greater presentation than my beloved 403s. The sound stage felt wider via the Carmen’s also, which was later confirmed after I switched back.

Where the ELAC’s strengths lay are in overall dynamics.

The bass weight is greater (thanks to the incredible long throw mid-bass woofer) and there is also greater treble extension. Mid-range is also very good, though not to the same extent as the Carmen’s.

The finish on both speakers are certainly very good for the money.

The Carmen’s with their combination of real wood veneer, painted MDF and Italian leather really look smart, the ELAC’s too in their high gloss walnut give the impression of a high end speaker.

With the third revision of his Carmen Speakers, Leighton Holloway has achieved an excellent feat.

He has designed a product that sounds great, looks unique, is made locally and hits a very reasonable price point.

More importantly, the Carmen's have served to show me how far Holloway has come as a speaker designer.

To be able to demonstrate such a dramatic improvement in performance in the several years since I heard his original design is simply outstanding.

The greatest weakness for the Carmen’s is that at $3K, they are coming up against some stiff competition from a number of very well known and more reputable brands.

Brands that quite frankly have the kind of exposure that Holloway doesn’t.

Perhaps with some commitment from a few local dealers, or even some people taking a punt on this young brand, the Carmen’s (and by extension Holloway Sound) could really take off.

Until then, you’ll have to take my word that these are an excellent sounding large bookshelf speaker, which even after returning to my ELACs have left me longing for their wide soundstage, mid-range purity and sheer detail retrieval once again. 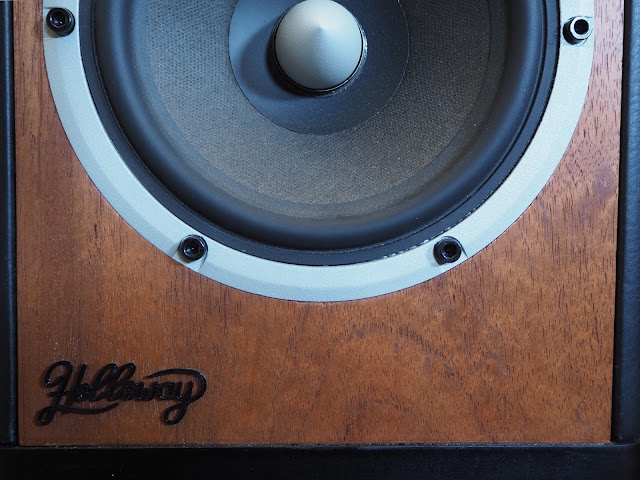 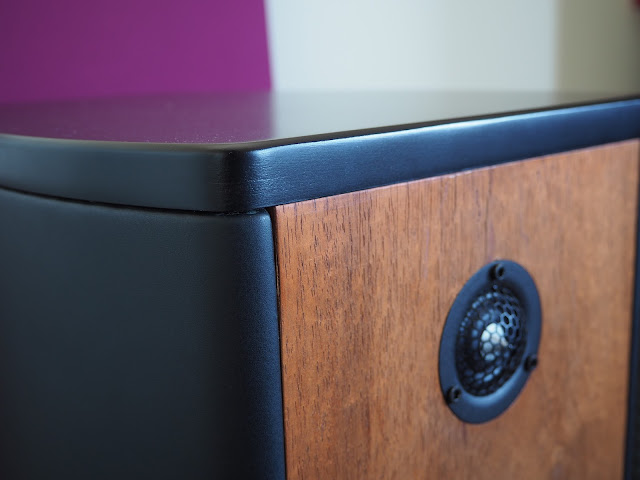 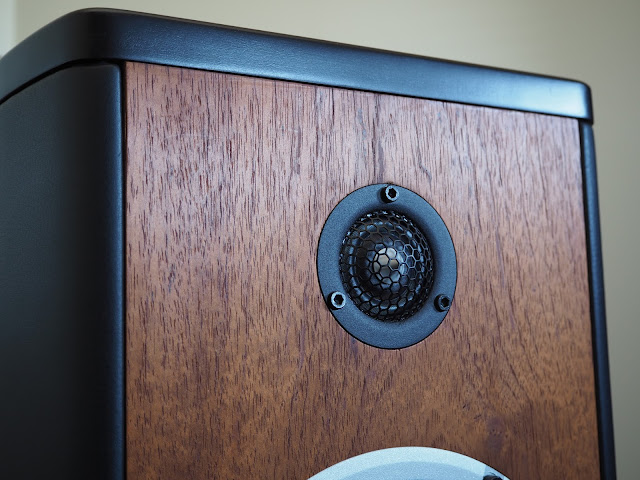 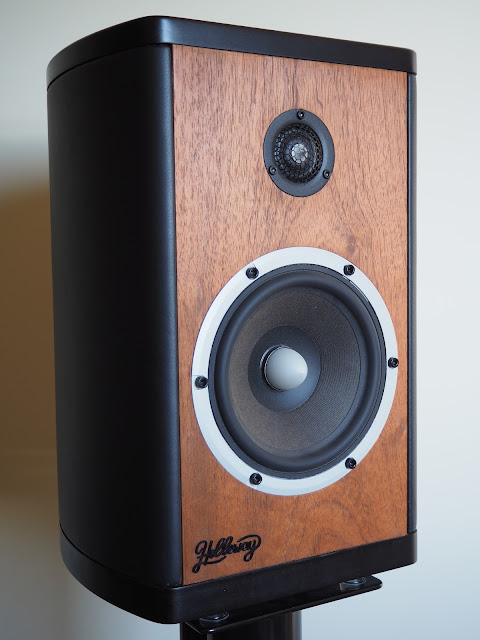 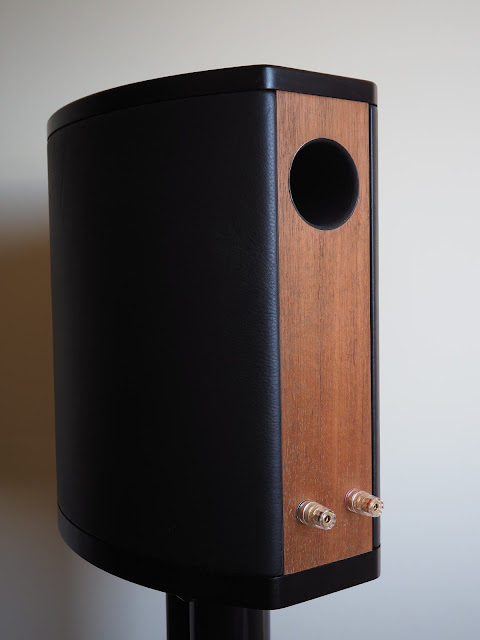